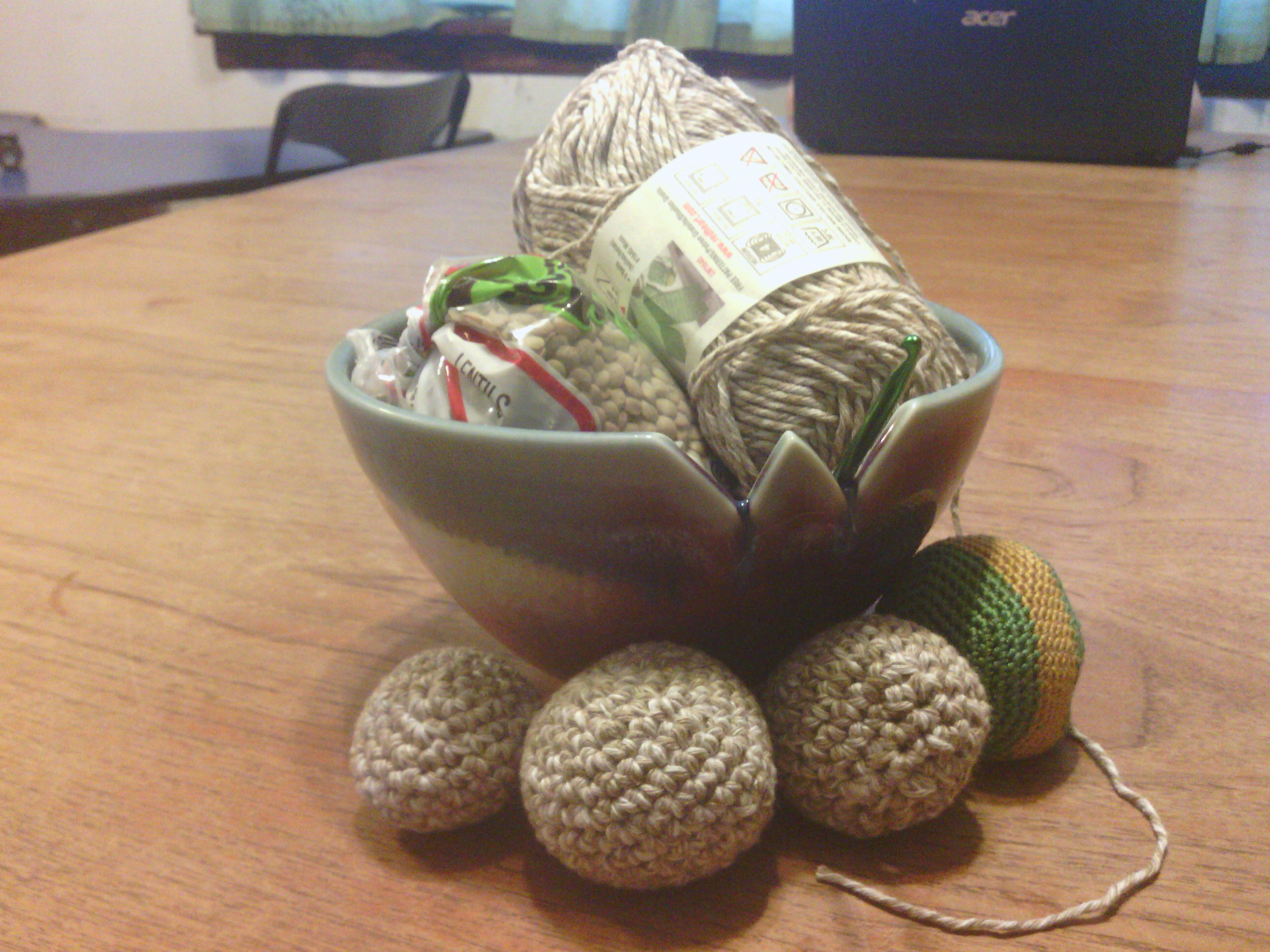 I love to make things.  I’ve made things since before I can remember.  One of my earliest memories was working on a ladybug latchhook rug when I was about three years old.  I remember not being able to follow a straight line at that age, even though now that seems impossible. (This gives me a leetle bit of tolerance for what can look like laziness or incompetence in children.)  I also remember having a ball of candy-cane striped yarn that I used for knitting.  I’d knit a while, then unravel, then knit again, and unravel again.

My mother and grandmother never could tell me who taught me to knit and crochet.  I don’t remember learning, I just remember being able to do, although it took until I was nearly grown before I ever managed to finish anything!  I think my mother tried to teach me embroidery.  I remember having a few projects that I worked on at a very young age, 7 or 8.  I never liked it though.  Cross stitch was better, and I worked on that myself and actually finished a piece in my early teens.  I taught myself tatting at around the same time.  I also did a lot of ceramics painting growing up, since my grandmother owned a shop and my mother had her own set of molds and a kiln.  Shortly after I got married, I learned hardanger, the closest thing to an ancestral craft for me that I’ve found.

I dabble in other kinds of making as well.  I aced shop class in junior high, one of only two girls in the class (girls in shop, like boys in home ec, was still very, very rare and strange when and where I did it). I like to build Lego sets.  Whenever we get anything marked “some assembly required”, I secretly rejoice and scheme to make sure I get to do all the building.

I don’t like to sit still, and I don’t take notes well.  I learned in college that intricate doodles could contain information for me that I was listening to at the time of drawing.  Over the last 10 years, I’ve grown the confidence to take that into knitting and crochet, which is why you’ll usually see me doing that in any given class or lecture.  It’s how I pay attention now.

I like to make things.  I like to make complex, intricate things.  I’ve done giant filet crochet pieces, crochet lace-weight bedspreads, prize-winning hardanger doilies, stranded knit sweaters, socks and mittens and hats oh my!  And I’m good at it.  I know this.  There are not many skills involving dexterity that I cannot quickly and easily learn.  I can usually pick up something new just by watching somebody do it for a while.  I could probably say that making things brings me the highest level of pleasure, joy, accomplishment, competence, and appreciation of any activity I do.

The only thing that would make me happier would be to be able to make money by making things, preferably by making things out of string, thread, or yarn.  (I can sew, and I can do it well, but I don’t enjoy it nearly as much.)  That’s why I’ve been working so hard this past year to learn production styles of knitting, doing things the old-fashioned way.  Some of those knitters who relied on it for a living were amazingly fast!  If I could get to be that fast, I could use it.  That would be lovely.