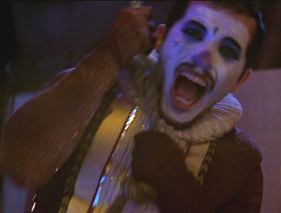 Sure, everybody tells lies now and then.  Nobody is perfect.

I am getting better at keeping my mouth shut as I get older.  I’ve learned that my mouth gets me in trouble, so often it’s easier to just back into a corner and observe, rather than speak up and risk alienating myself. I’m pretty sure that my insistence on speaking up and making sure my voice was heard in every conversation, on not backing down, was a primary reason I kept getting kicked out of groups when the triplets were babies.  I’ve gotten better, but I still don’t trust myself enough to, for example, go into court in support of a friend, because I’d likely just end up in jail for contempt or something.

I have a big mouth with a small filter.  Yet another reason why it’s easier to just be a wallflower.  I tend to think it and say it without considering whether or not I should, so if I just tell myself not to say anything at all, I can stay out of trouble.  I also have a hard time considering my audience.  I’m pretty sure my mother-in-law still thinks of me as inappropriate and disrespectful, although I do try not to be.  I tend to see the humour even in the dark side of life, and I know that offends her.  I can’t imagine what she thought when Brian and I were making jokes while Kender was in his first surgery and we were waiting waiting waiting. Yes, I make jokes in the hospital.  Funerals are worse.  I like wakes better.  It’s been really, really hard to keep my mouth shut during funerals.

I am quick to point out faults.  It’s very hard for me to ignore something that is wrong.  My daughter will bring me this awesome drawing, and I’ll say, “Oooh, that’s fantastic!  So pretty!  That right leg is just a little off, though.”  I feel like, if I don’t say it when I see it, she’ll think it’s okay and just keep doing it wrong.  That’s my thinking behind most criticism.  I don’t want to encourage faults by ignoring them.  I try to ignore them if I haven’t been asked to comment or look at something, and I’m getting better at that.  But if I’m teaching somebody to knit, for example, I’m going to point out every mistake they make.  I’ll tell them if they’re doing well, too, if they’re going fast or keeping good tension or showing good dexterity.  I know my daughter wants to be an artist, so I’m going to point out areas that she needs to work on, so she can continue to improve.

I am not unreasonable or immune to education.  If I say something factually wrong, and somebody points it out, I am perfectly willing to concede.  I don’t like political correctness, but if somebody tells me that something specific offends them, I will do my best to watch my language in the future. On the flip side, there is that need to point out faults, to correct inaccuracies.  If I see somebody else saying something I know or believe to be false, or being inconsistent, I’m going to say it.  I can respect the opinions of others, and I really enjoy good discussions and debates with people on all sides, but I dislike hypocrisy and ignorance.

I want to speak out, to educate people.  I want to share what I know.  People often don’t like that.  I make people uncomfortable. I don’t like to push things under the rug, to pretend things didn’t happen.  I’m not good at keeping secrets.

I speak the truth as I see it.