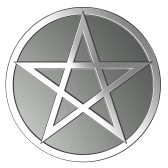 I was prompted to write this post by my good friend Sarenth Odinsson, and his post seeking to understand how other pagans use certain terms and carry certain beliefs.  I appreciate promptings like this, as they always force me back to the basics of my belief and the way I see the world.  Usually I end up with a new tweaking of insight.

First, I’ll define myself with the words and definitions Sarenth gives.  I am a polytheist; I believe in and look up to multiple gods and goddesses, as they have revealed themselves to me or as I find them in the revelations of others.  However, I see all the gods and goddesses as expression or faces of the Lord and the Lady, who themselves are expressions of the duality of Deity.  For this, some might call me a monotheist at heart.  I am definitely not an atheist, but to some extent I consider myself agnostic: because the gods have not spoken to me as clearly as they often speak to others, I accept that there are aspects to the Divine and the Universe that I cannot understand at this time.  In accepting Loki as my patron god and directing most of my interactions with the Divine through Him, I suppose I would be henotheistic.

On the pantheistic/monistic spectrum, I would fall under panentheistic, believing that Deity is both separate and intertwined and part of the Universe and its beings.  I see Deity as the force and energy and life behind the physical structure of the Universe.  Deity is what makes it go, what determines its form and substance.  Deity extends itself within each of us, giving us will and power of our own to determine our small bit of the greater whole.

The last definition that I want to deal with in Sarenth’s list is probably the most difficult:  archetype.  I see this definition in the way I view Deity, and yet I feel this word is incredibly limiting.  To show how I view things, I like to use the analogy of languages.

As a human race, we have over a hundred different languages, with probably hundreds more that have existed throughout history.  Each language provides a different way of viewing the world.  We all live in the same world, but how we view the world has a different flavor, so to speak, depending on which language we use to describe it.  There is a different flavor in Hawaiian, with all its many words for lava, than there is in Eskimo, with all its different words for snow.  Speaking in English, with its history of borrowing words from other languages, is very different from speaking in Mandarin, a tonal language from a culture that saw itself as separate and apart from the rest of the world.  Anyone who has learned a different language can attest to the different filter that new language lays over their view of the world.  Those who have worked with translations of literature can also attest to the difficulties in translating words and expressions from one language to another.  A story originally written in Russian doesn’t have the same flavor when translated to English.  A religious text originally written in Hebrew and Aramaic can have wildly different meanings than the writers intended when it gets translated into modern English.  Despite all these differences, though, we are all human beings, living in the same world, on the same planet in the same Universe.  A white child raised in a Chinese home would have a Chinese language filter growing up, and might view the world differently than had they been raised in a German home, or an African one.  But that child is still fundamentally the same child.

Now lets look at religions.  We have almost as many religions as we do languages.  Each religion has its own set of myths, its own cosmology, and its own gods, just as every language has its own words and nuances.  To be a hard polytheist, I would have to believe that there were dozens of different creations, that fire was independently brought to us by Prometheus, Coyote, Mantis, and Olofat, a different time in a different way by each culture.  That there will be a Ragnarok for the Norse, and an Armageddon for the Christians.  I cannot do this without believing that there is something inherently different about the human races and cultures. As they say, “Your Mileage May Vary.”  For myself, I believe we are all one human race, that we are interchangeable and blendable, that all cultures and languages are equally valid.  As we all use different languages with different sets of words to describe the same world, I believe we all use different gods and cosmologies to describe the same Deity.  Just as we can blend our bodies in creating new life, so can we blend our beliefs in creating new understanding.

This is where the word “archetype” would come in.  I feel this is limiting.  As Sarenth says, you can’t reduce Odin to one archetypal heiti, when he has so many more faces.  I don’t see that my viewpoint does that.  To understand the lessons Odin or Loki have to offer, I need to understand them in all their aspects, all their heiti, through all their stories, in the context of their pantheon and cosmology.  Loki is a trickster god, certainly, but he has a very different flavor from Coyote or Hermes or Anansi.  Each of them is a unique flavor of “trickster” in a unique context.  To say they are just “trickster” would indeed be unnecessarily limiting!

From here, we see the issue of picking and choosing your gods, as some of us Wiccans tend to do.  As a Wiccan, my primary focus is on the wheel of life in nature, and on the play of the Lord and Lady in life.  I do not have a single pantheon of my own; rather, I see my practice as being inclusive of all pantheons.  Calling upon one god or another depending upon the time and need is like using different languages to express different ideas.  Certainly it is valid to stay within one language, one pantheon, and find all your expressions and needs within it.  Many do.  Some of us choose instead to use the different nuances found in the different cultures.  Perhaps I need a father figure, but one a little more like Odin than Zeus today.  Perhaps I need a more secretive trickster like Anansi today, rather than a flagrant boundary-crosser like Loki.  I might tell a Celtic story to help me relate to the harvest this year, but next year’s events may remind me more of a Greek story instead.  I prefer having this flexibility, just as I prefer to see more gods than just one.  It feels right to me, it is my path.