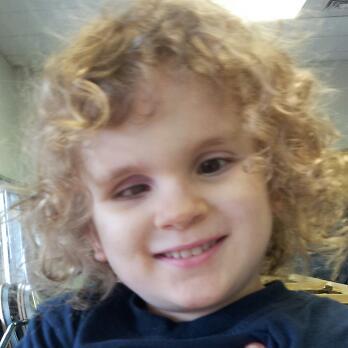 Well, really, it’s all about Kender, but this week, it’s all about the money.  We are in the final push for this month’s big fundraiser, Zumba and Cakes for Kender in our local park. For those who don’t know, Kender is our youngest son and is blind and autistic.  We are working to raise money for 4 Paws for Ability, which was the only agency in the country willing to train an autism service dog for a child who was also blind. Once we raise $13,000, Kender will be qualified to receive his service dog.

Fundraising has been a very scary proposition.  I have never been good at sales.  I have thoroughly failed at every sales job I’ve tried, even when it was charitable.  I couldn’t even sell Girl Scout cookies! Now I’m supposed to raise all this money, and it feels like begging because I’m doing it for my son.  I am trying, but it is hard.  Our efforts are hampered somewhat by confusion regarding other local service dog agencies.  Many people can’t quite seem to believe that those agencies won’t train a dog for Kender, and since those agencies don’t require their clients to fundraise, people don’t feel we should be asking for donations, either.

This will be our third fundraiser.  We were approved for the dog in October.  In January, the local paper did a brief story on us, and in February, we had our first fundraiser, a pancake breakfast at Applebee’s.  Our second fundraiser was a ham dinner at A&W. Both times, we kind of forgot about the whole planning thing until the last minute.  Then, in the week before the event, that was when we really started putting up fliers and posting a lot on facebook and trying to gather more interest.  Neither event brought in over a thousand dollars, but somehow we’ve managed to creep along anyhow, and as of May 1, we were just under $9,000.

Being so close, we’re hoping that this last fundraiser will really be our last, and we’ll be done.  With that goal in mind, we’ve gone all out.  We reserved the park pavilion a month in advance, hired a nationally known company to come out and serve food, gathered Zumba instructors, and started handing out fliers two weeks ahead.  We went around to local businesses and asked for sponsorships so that we could print t-shirts.  We ordered coupon books to resell alongside our t-shirts and silent auction.  We’ve put a ton of time and effort into this one, and this entire week is being consumed by it.  I still have a huge laundry list of things to do.

I am so scared, though.  I’m getting really scared that it won’t work.  We put a lot of money into this one up front, in the hopes of creating more interest and getting more attention, expecting it to bring in more donation money through sales and stuff.  We only got two paying sponsors, so a lot of the t-shirt money was out of pocket.  The coupon books will be money out of our pockets if we don’t sell a certain number by next month, and I was counting on lots of people who said they were going to buy them.  If we don’t have a good turnout, we could end up not making any money for Kender, or even losing the money we’ve put in and promised.  The stress is high.

I would much rather see this pay off, get us that last little bit we need, so we can be done.