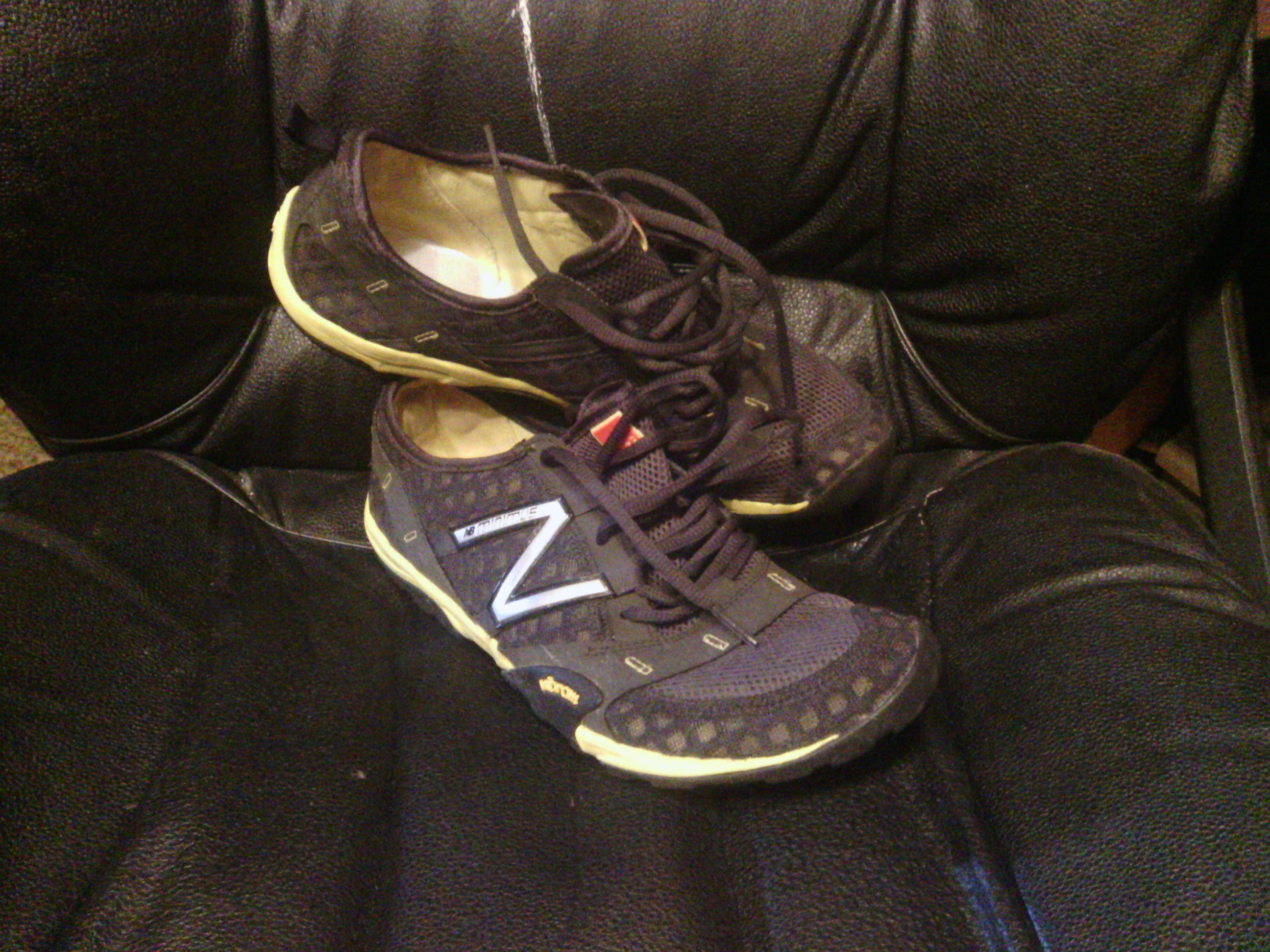 I have no idea how this comes across to various people I know.  Maybe it’s obvious, maybe not.  But I am definitely not an athlete.

I know I have tried pretty hard over the past years.  I tried pretty hard sometimes as a kid, too.  I learned figure skating.  I took gymnastics for a couple of years.  I took ballet classes, until they told me that my body type would never be able to go en pointe safely.  I rode my bike everywhere, although I never learned how to push myself hard enough to keep up with my aunt, the bicycle lady.  I did summer swim team for a couple of years.  I took tap and belly dancing classes as an adult.  I learned how to ski, amazingly well for never having more than one week every couple of years. I took up roller-skating, learned to step-skate with the local masters.  Finally, for the last two years or so, I’ve been a runner, and I’ve been doing strength training for the first time in my life.

But I am not an athlete.  And I never will be.  And that’s okay.

I certainly have a degree of talent.  Just like I am good with my hands, I am good with the rest of my body when it involves coordination and dexterity.  I learned to ski so quickly, I was on blue slopes and running away from my classes after only a day or two.  I got onto skates, and I was stepping out in the middle with the experts as fast as I could build the muscles and stamina.  I love dancing; I still wish I had a partner to go out ballroom dancing with, since my husband can’t. (Any takers?)

My body also has an amazingly ability to build strength and endurance.  I didn’t know this, really, until I started running and strength training.  I had never in my life been able to run a single lap, doing a single push up or sit up.  Now I can run for hours and do thirty push-ups and sit-ups a day.  These are things that I never thought I would be able to do.  I am very proud that my body has these abilities after all, and that I learned how to uncover them.

But I am not an athlete, and I never will be.

I have an image, a belief, that was pounded into my head during my years of government education.  It is not a true belief, but one that was reinforced by so much punishment and abuse that it will be very difficult to root out of my subconscious.  That belief is that what I think of as the Beautiful People, the thin, athletic people, the jocks and cheerleaders, the popular ones…they were the Right Way to Be.  And I am not worthwhile unless I at least try to be like them. Gym class is graven into my memory, in particular one time in fifth or sixth grade when I was literally pushed around the track by the guys in the class because I was too slow, and they couldn’t go in until I was finished.

Ultimately, it was to be like them and my father that I took up running.  The idea that it was possible came with my discovery of the whole Couch to 5K movement, but I had given it a try before, when I was younger.  It was not truly a desire to do it for myself.  The image in my mind was of crossing the finish line and finally being accepted, being okay, being worthwhile.

It was rather devastating when I called my father after my first 5K race, to tell him what I had done, and got a response that seemed more suited to telling him I had cooked a nice dinner.

So I need to do better, right?  So I looked at all these other newbie runners online, and decided I, too, could suddenly be a marathoner.  Because if running a 5K didn’t get me approval, then that would.  Then I would be okay.  Then I could sit at the table with the other guys and be an equal.

But I am not an athlete.  And I never will be.

My body made this abundantly clear to me this year.  The closer I got to the big race, the harder my training got, the more my body tried to make me stop.  Pain, pain, pain.  I kept going, because it’s only fibro, and that’s what athletes do, right? Too much pain, so I stopped, regrouped, rested, and then took off again.  The last few weeks, it wasn’t just pain anymore.  It was actual overtraining.  I lost my stride, my good form.  I started getting slower and slower, even as my heart rate was climbing and my effort seemed monumental.  I finally realized that I had to stop, that I was no longer doing anything healthy, but my brain continued to try and find a way around it, find a way to get back into the race.

I won’t stop entirely.  I do enjoy moving my body in intricate ways, just like I enjoy complicated knitting.  It’s a skill, and I love using it.  (I was serious about needing a dance partner, or a skating partner!) I will still train for a Warrior Dash this summer, after taking a month or two off to recover.  I enjoy having the ability to run, I enjoy having muscles and strength.  I don’t know that I will try to tackle anything longer or harder, though.  Because I don’t need to.

I am not an athlete.